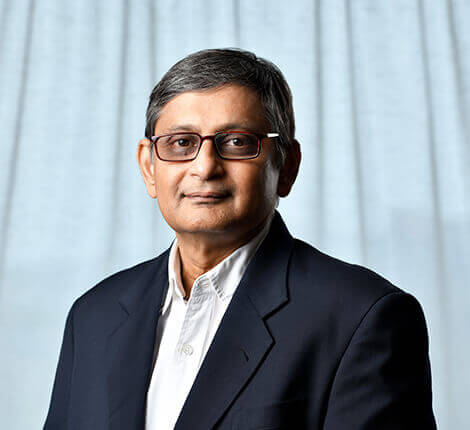 Ravi brings extensive experience in business management having worked with some of the leading organisations globally during his three-decade long career. Ravi joined the Group in 2011 as the Chief Operating Officer of Manali Petrochemicals Ltd (MPL). Within a span of six months, he was appointed as the Managing Director of the organisation. Since 2013, he has taken up the additional responsibility of leading Tamil Nadu Petroproducts Ltd (TPL) as Managing Director.

In the past, Ravi was associated with several organizations such as Madras Refineries Ltd., (now CPCL), SADAF – Saudi Arabia, ESSO – Singapore and Chemplast – Sanmar. His last assignment was with DOW Chemicals where he served as the Commercial Head for Asia. In this role, he managed the hydrocarbon business for Asia spanning multiple locations including Singapore, China and India.

Later, he was promoted as the Country Head for the company’s operations in the Indian subcontinent. At DOW, he was elected to be a part of the Future Leaders – an elite selection of the top 25 leaders of the Group for three consecutive years.

Because impact investing can change lives.

At AM Foundation, we believe in impact investing to drive positive change.

At AM International, we believe opportunities motivate people.